The Journal of Dance and Somatic Practice is publishing a special issue on eco-consciousness at the end of 2021.

This film and the accompanying text is part of of the selection.

In the heart of the capital, Hackney Marshes are an oasis of country fields which have been spared from development as a common land. The field behind the Lee Valley Ice Centre is a shelter for so-called weeds, dandelion, nettle, mugwort, plantain, cleavers, cow parsley, yarrow, and many others, which happily thrive and cohabit in the patches of unmown grass. This is where we found our habitat, in the most fervent weed jungle and uneven ground to the feet, mostly avoided by by-passers unless they intentionally want to hide and laze around among the high grass on a sunny day. Claire rooted her movement practice in this spot in 2017 and saw it grow and blossom when they started to collaborate with Dominique in 2018. Each month of the year and throughout the seasons they meet. Claire moves. Dominique resonates. The accompanying film is a first glimpse into the accumulated (and still being filmed) material which is currently being shaped into a four screen installation.

The film is intentionally slowing down the act of vision in order to invite the viewer to appreciate what is missed by fast-forwarding in editing. Repetition encourages paying attention and getting lost in the screen: what looks the same is never quite the same and differences become noticeable through correlation. The film could start from any shot as it is meant to be played on loop to further emphasise the cycle of seasons.

An embodied way of filming is prioritised. Dominique’s body behind the camera is intentionally not hidden but kept present through its tiny movements, unexpected responses, or lengthy focus adjustments, what could be seen as ‘mistakes.’ The frame of Dominique’s body is breathing through the camera’s frame as she is tuning and responding to Claire’s movement, herself tuning and responding to the space.

Through Dominique’s eyes, Claire’s body on screen becomes a plant among other plants. It endures the inevitable cycle of the seasons and the whims of the weather. Each episode is a small window on its growth and decline and their variations in between from gestation through unpredictable outbursts to full dropping. Her moving body invites the viewer to notice how their own body is also entangled with their immediate environment: it is only a matter of receiving what is already there.

Through slowing down, repetition, embodied filming and ecological movement, the film aims to re-awaken a dormant kinesthetic knowing and relating to ecological aliveness in and around us. It does so by encouraging a kinesthetic way of watching where the whole body, not just the eyes (Loussouarn, 2021), is invited to nurture a state of receiving. The spaciousness of the film allows the viewer to attune to the subtle and ongoing unravelling of time within the microcosm of this urban wild field in Hackney Marshes. By focusing our kinesthetic attention through a frame it extends our ecological awareness beyond the film. 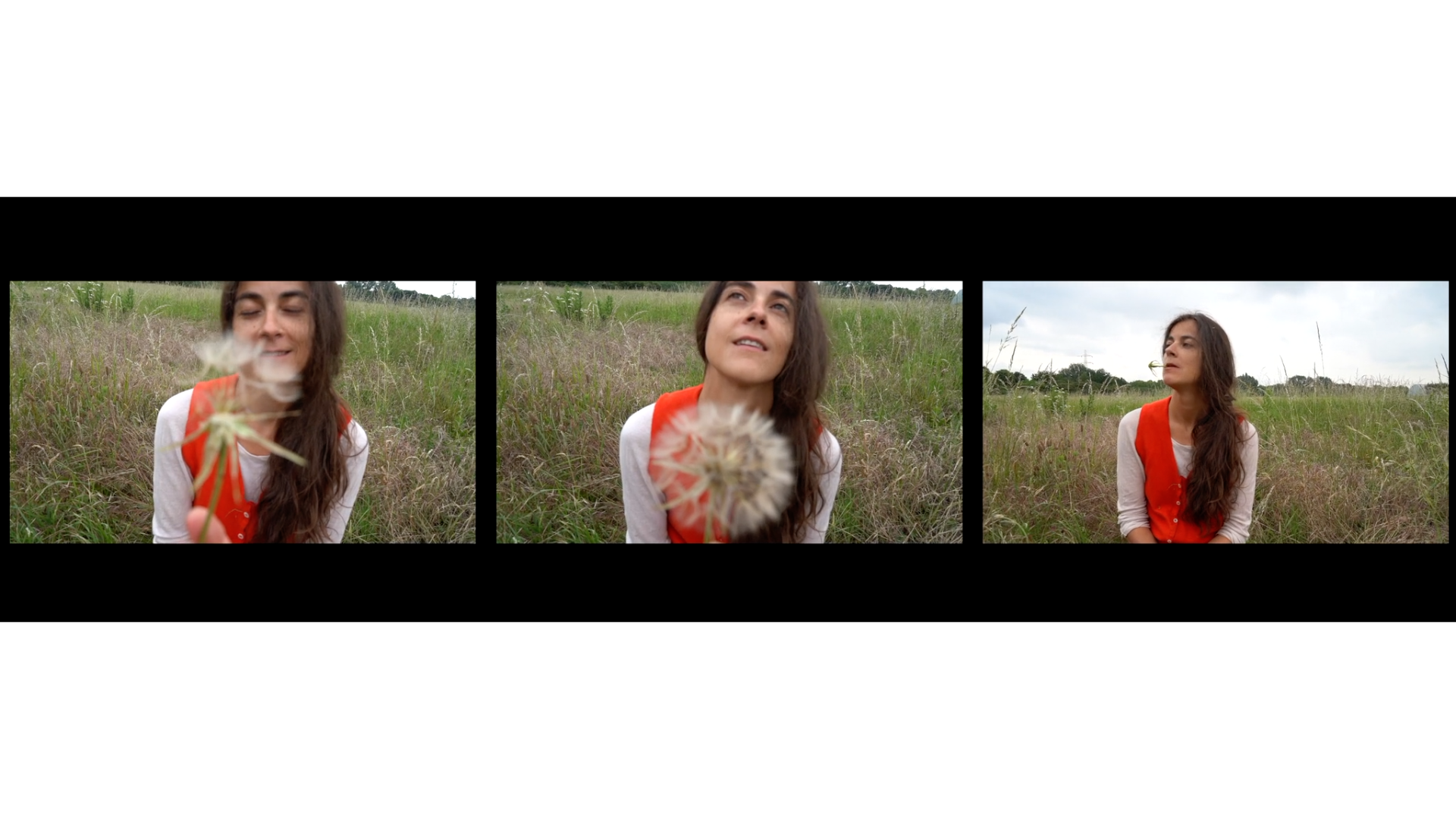 The Hackney marshes project started in 2018 and is still ongoing.

We are currently working on a four screens installation with 360 sound. 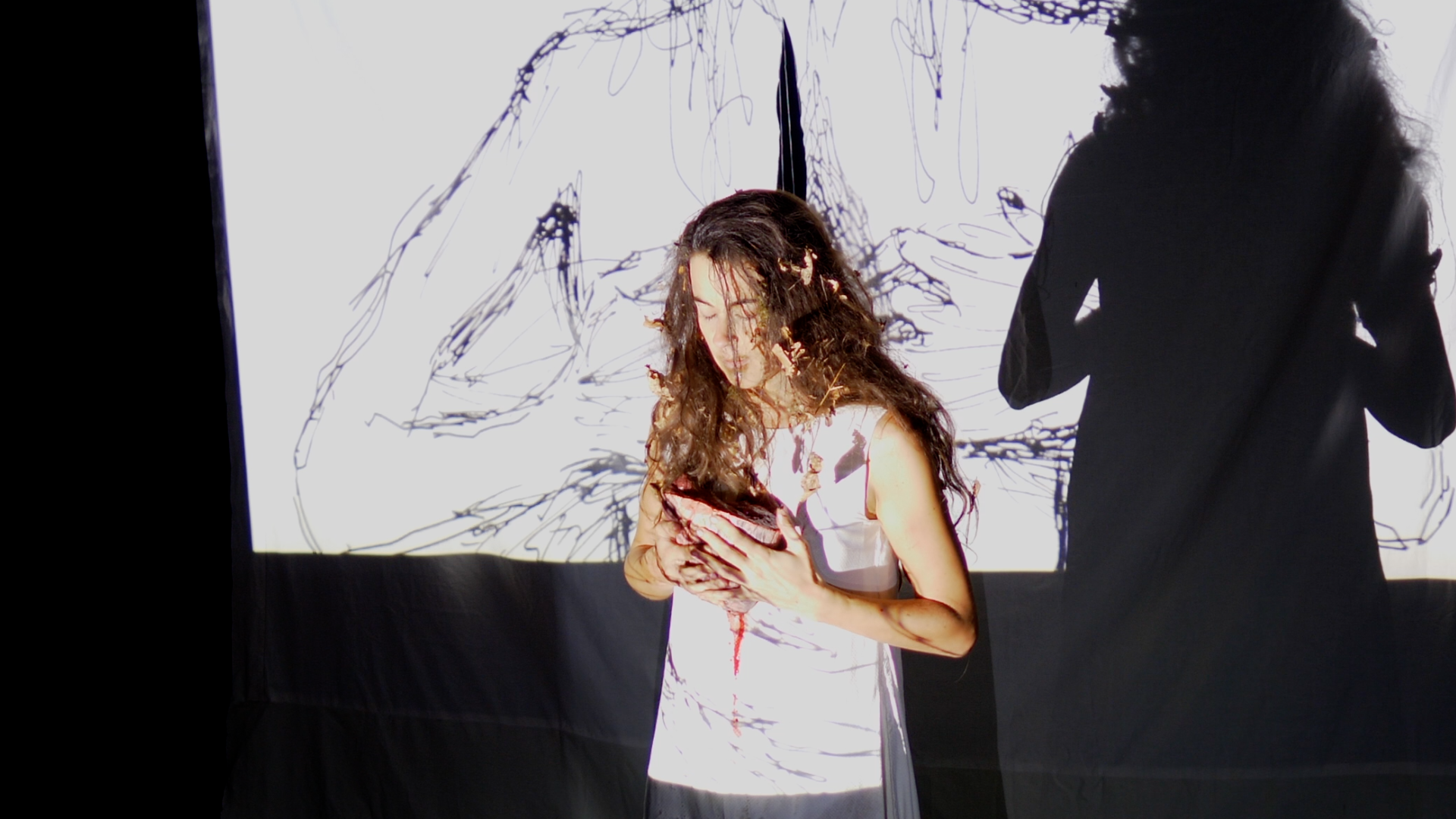 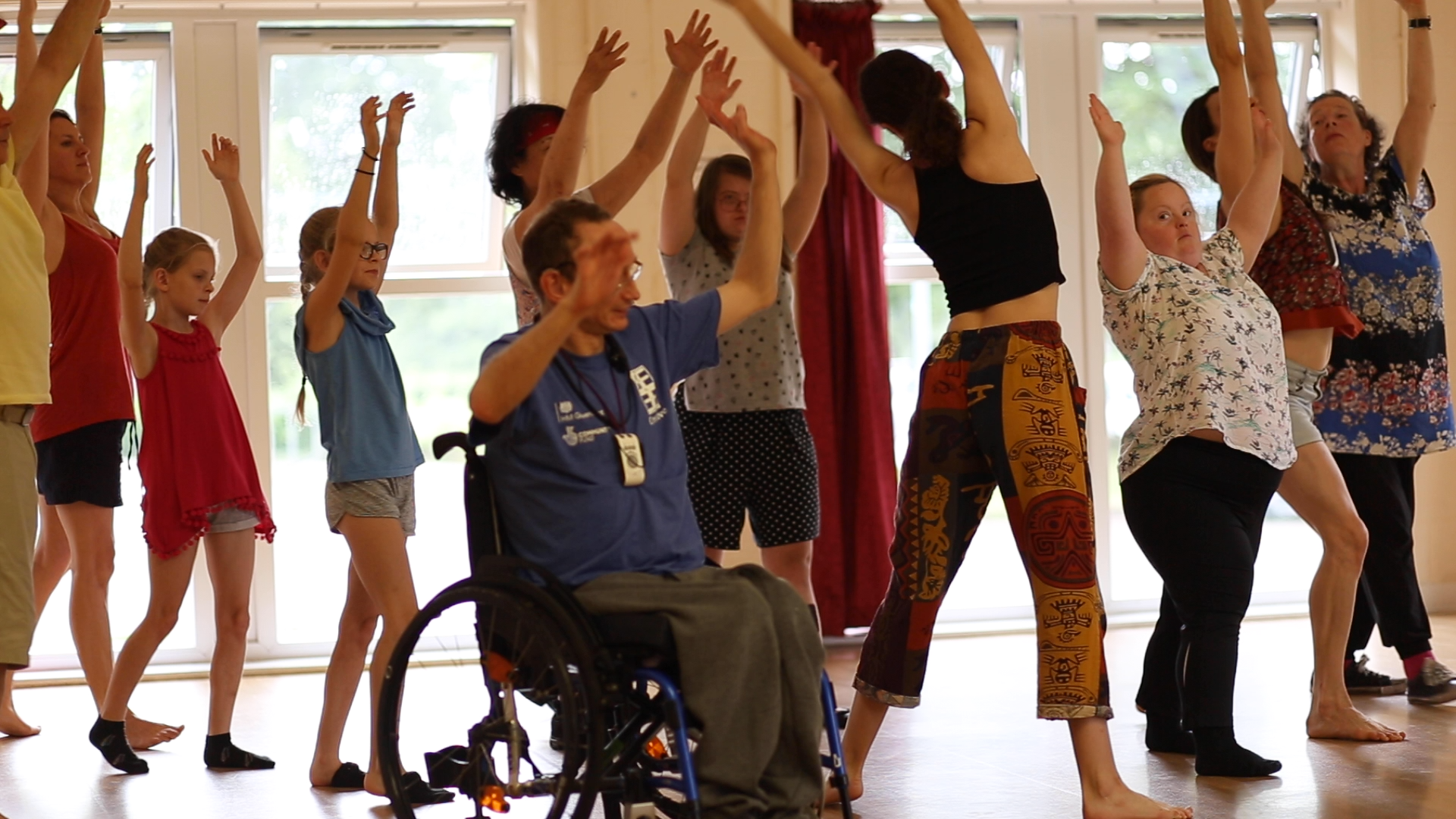 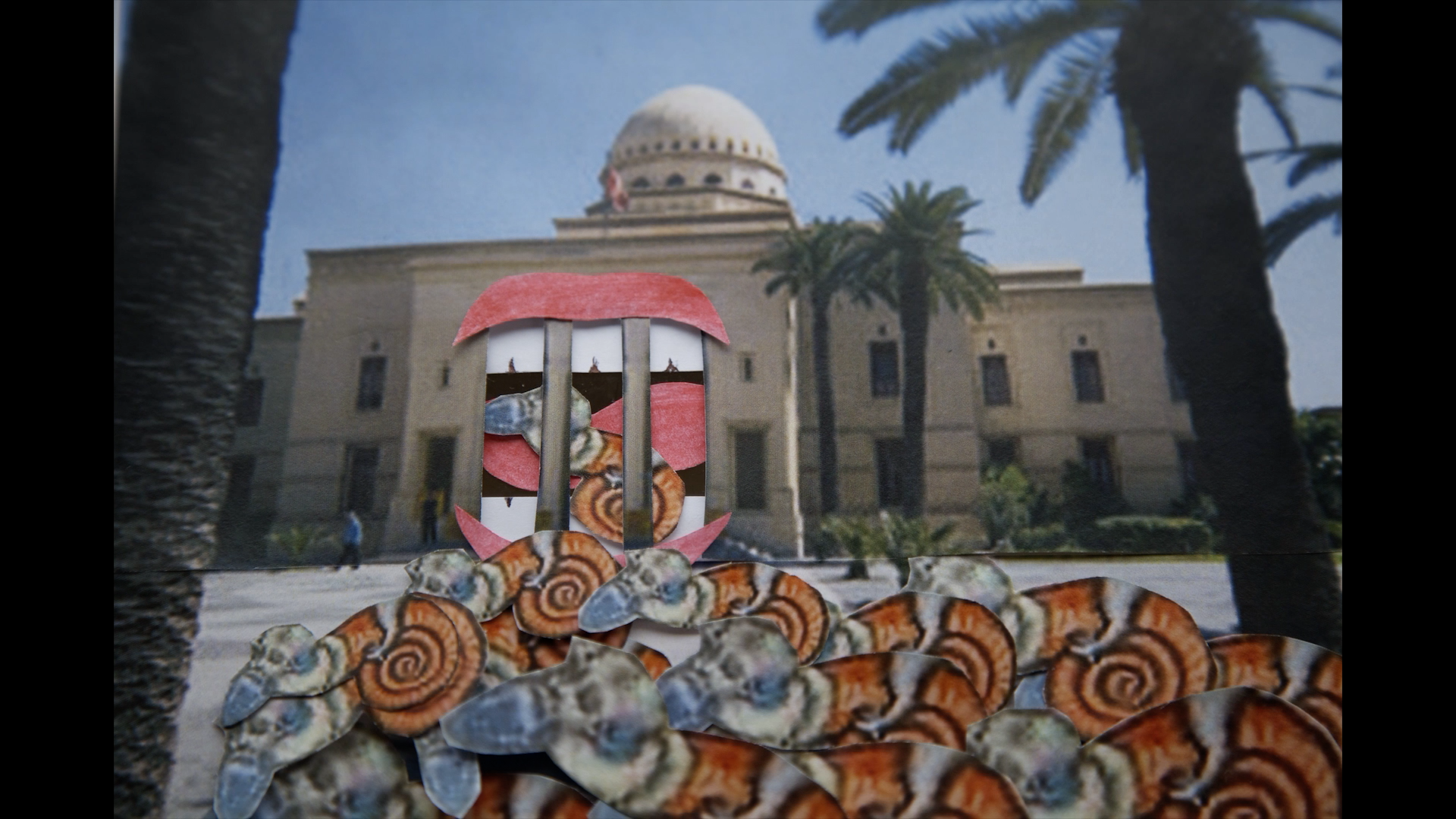 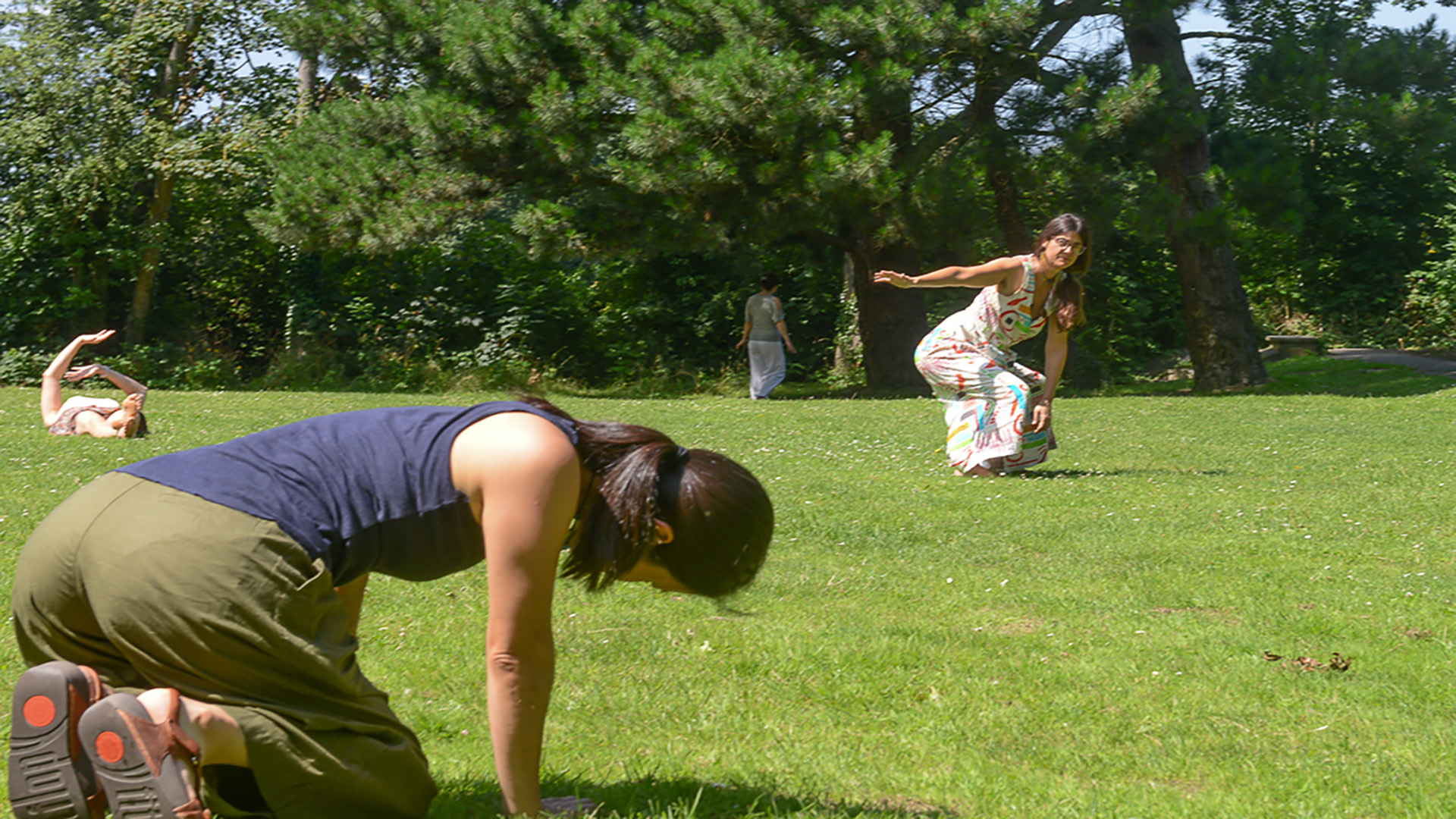